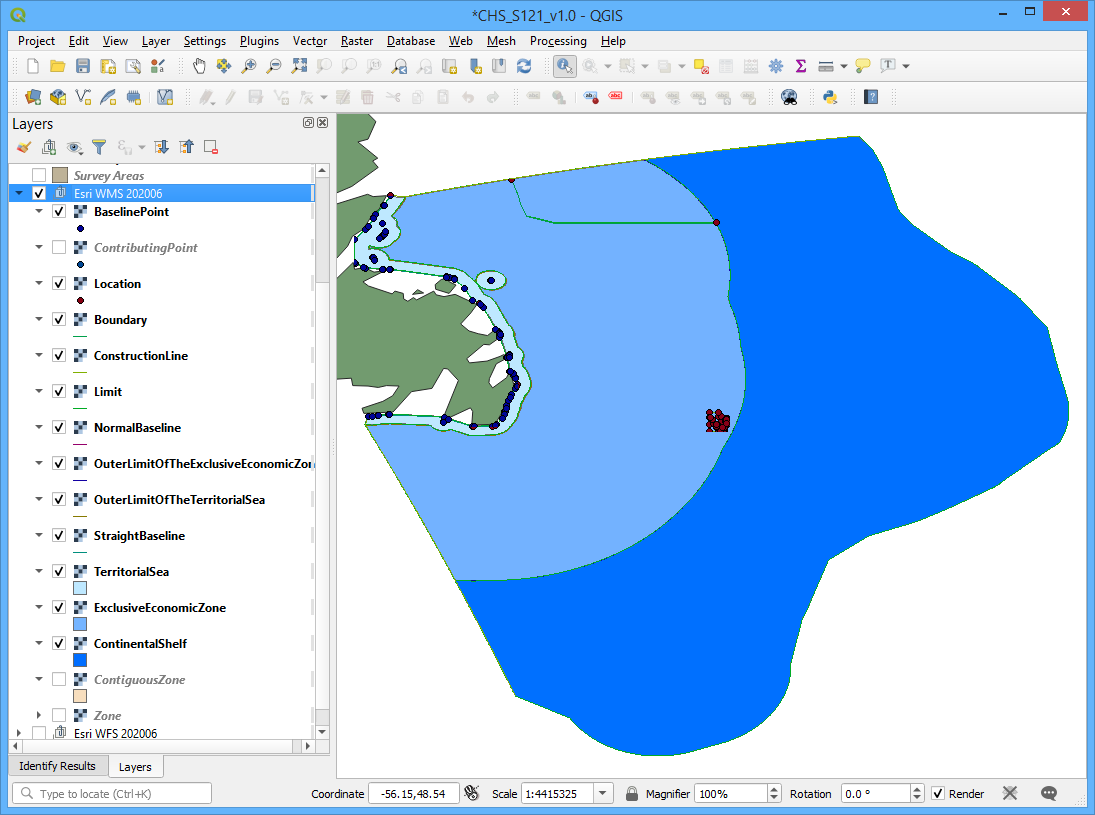 Our planet’s oceans are subdivided by international and national laws into many areas and zones. Specific rights, restrictions and responsibilities apply within each of these areas and zones aimed at facilitating the development of the world’s ocean resources while providing for the protection of the marine environment and safety of navigation.

States that adhere to the United Nations Convention on the Law of the Sea (UNCLOS) are required to communicate officially the representation of their maritime limits and boundaries. To support the dissemination of this information, the International Hydrographic Organisation (IHO) developed the S-121 Maritime Limits and Boundaries specification. Based on the wider IHO S-100 standard, the S-121 specification supports the digital data structure and exchange formats for maritime limits and boundaries.

OceanWise has been part of the Open Geospatial Consortium (OGC) interoperability pilot initiative, sponsored by Geoscience Australia, the Canadian Hydrographic Service, Natural Resources Canada and the United Kingdom Hydrographic Office. The pilot advanced the implementation of the S-121 data model and architecture, and implemented operational prototypes to support the creation, management, integration, dissemination and onward use of official data for maritime baselines, limits, zones and boundaries.

The Pilot has now been completed and is in the process of being approved by OGC. OceanWise supported the pilot as an industry expert and downstream user, utilising our experience of multiple GIS software we were able to test the utility and interoperability of S-121 to the full!, providing feedback to those creating the datasets to improve their usability, as well as liaising with software vendors where improvements could be made.

OceanWise Operations Director, Caroline Levey, said “It has been a really interesting project to be involved with – seeing how S-121 was developed and how user feedback and testing can improve it for longer term use. Working with so many different participants all around the world has created the best outcome and should provide a way forward for the other S-100 based specifications.”

Further details, including the Engineering Report, will be made available via the OGC MLB website. There is video relating to the project available on YouTube.